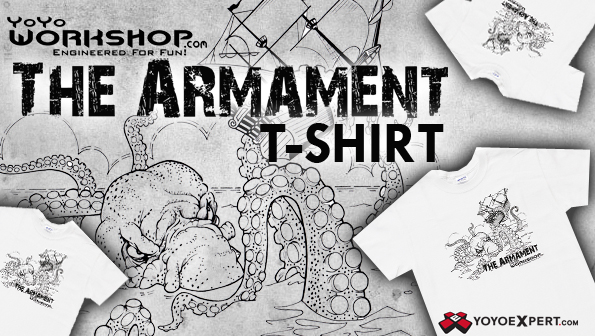 And to go along with the awesome release of their new yo-yo the Armament they have it available in this awesome T-Shirt!

The artwork was actually done by Wayne's father, Jim Ryan, who is best known for the conception of the Toys R Us Geoffrey the Giraffe mascot in the 70's! How cool is that?!

Buy the t-shirt with the Armament yo-yo and save $5 on the shirt!